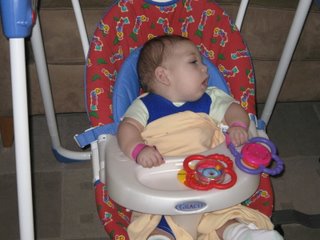 Oh wow, it has been nearly a month since our last post. Let’s see, where did we leave off? Tim mentioned that we are looking into stem cell injections for Casey. We are finalizing all of those details now. It looks like we will head to San Diego after Tim gets off work and traffic dies down on Jan 31. Then on Feb 1 (most likely afternoon) we will be picked up at the hotel and taken over the border. We will get her injections and then they will take us back to the hotel. We decided we will stay one more night in San Diego and head back to Santa Monica on Friday. At first we had considered doing it all in one day, but with how much Casey hates cars, and shots, we decided it would be MUCH easier on her if we go down early and give her some time to calm down after the drive before the shots, then again after the shots before having to do a long drive again. It’s going to be a really hard trip for her (well all of us really), but we are looking forward to it.

HBOT went really well. I was scared at first being that I could not take in the suction machine (only a bulb). With the medications we gave her to basically sedate her during the sessions, and clearing her out really good before starting up, out of the 40 sessions we only had to have them rapid decomp twice to get us out. Once was early on and we got her calm and went back in and the other was just 10 minutes before the session would have ended. So really, she did fantastic. We will most likely do another session of 40 later in 2007. So for at least a little while I can wear jewelry again 🙂

Casey had a wonderful Christmas and New Year. She really likes all of the great stuff she got. Lots of clothes, books and toys. We have been doing lots of reading and she loves it. Thanks again to everyone for all of the warm wishes and thoughtful gifts.

Casey is just over 13 pounds now. She had a while that she just didn’t gain at all. Over the past few weeks she has put on a small bit, and she is doing pretty good on feeds. She has some days that are better than others, but all in all she is making progress. Slow progress, but progress none the less.

We will post more as we get more details about the stem cell trip. We hope everyone is doing well.