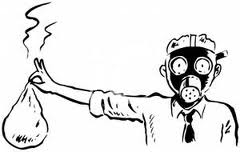 … And, we are positive for Cdiff!!!  I think we kind of saw this one coming.  It has been a long time since she last had it.  Although, it has already gotten a little better.  We had 10 stinky diapers Sunday, 4 Monday and only 2 today.  The resident working with her pediatrician called with the results and to figure out our plan of attack.  I think we officially stumped her.  Casey is good at stumping her care team.  Most of them are very familiar with the term- Caseyism.

The go-to drug for cdiff is Flagyl.  A little while back we tried Flagyl when we thought Casey had a urinary infection.  It did not go well.  She had a lot of respiratory issues, increased seizures, and it was a mess.  We add it to our no no list.  When the resident called and asked about Flagyl she wasn’t sure what to do as an alternative.  She did some research then called back to say we could go with Vancomycin.  We have done vanco in the hospital by IV a few times and its one that can build up in the system so they have to check level daily.  When I mentioned that to her she said that the gtube version does not have to be checked and is the best option for Casey.  Okay, next question, what if it’s not a gtube but rather a jtube?  Drugs are absorbed differently and we know that some antibiotics are not jtube compatible as they need to be absorbed in the stomach.  The poor resident had to hang up and do some more research.  I guess we are doing our part to help train the doctors of tomorrow.

After a little more time she called back and we are good, Vancomycin is jtube compatible and she called it in to our local compounding pharmacy.  Sadly since Casey had such high fevers over the weekend and is fighting off the double ear infection and strep we need the other antibiotic as well.  One antibiotic is hard on Casey, two is not going to be fun at all.  We will pick up the other one tomorrow as well as some good probiotics.

About a month ago at Casey’s GI appointment she weighed in at 42 pounds.  That is compared to the 28 pounds she left the hospital weighing last April.  That’s a lot of weight for her.  She looks much healthier, but it was starting to get to the point that she was gaining too fast.  We reduced her calories a lot at that appointment to slow things down.  It didn’t work.  She weighed in at 43.5 pounds at the pediatrician’s yesterday.  I think she must be sneaking milk shakes at night or something.  The little princess just wants to grow I guess.  That’s a good thing.

It’s going to be a long week and half getting Casey over all of this and off of all the antibiotics.  Hopefully our next post will be of a happy spunky little girl feeling MUCH better, and smelling better 🙂