I occasionally take a few hours here and there for myself.  I may grab a long lunch with some girlfriends, catch a movie, get my hair done, I have even been able to join friends for the rare evening out a couple of time.  Usually I am gone for a few hours at the most.  I typically have to get back to relieve the nurse if Tim is working, or relieve Tim if he is on Casey duty.  I decided that Sunday I was going to take more than a few hours and instead I took an entire day for myself.  Granted, it took a lot of planning, but it was a great day and just what I needed.

Tim and I just have the one car- the wheelchair modified minivan.  Since I was going to be gone all day I didn’t want to take our only car (especially if he needed it for Casey while I was gone).  We rented a little car for me to have so he could keep the van.  We scheduled a nurse to come in for most of the day so Tim would still be able to get his stuff done too.  Tim picked up the rental car Saturday (thanks to a friend that was nice enough to take him to the rental office).

If anyone is looking to rent a car, do NOT use Hertz.  They made a mess of our reservation.  Tim ended up going down the street to Enterprise and we had MUCH better service there.  From now on Enterprise will be our first call when we need to rent a car.

On Sunday I got up bright and early and hit the road for Dallas around 6:30.  The weather was awful, but luckily the roads were just wet, not frozen.  I went to visit my baby sister and her family first.  She is a surrogate for a family and VERY pregnant with twins right now.  She has been on bed rest for a few weeks now.  I am so proud of her for doing such a wonderful thing and was excited to finally get to see their “new” house.  I say new, but they have been there for over a year now.  Lucky for her, Casey saved a couple boxes of thin mints just to get her over the hump until these babies get here.

After a short visit with my sister I drove into downtown Dallas to see my sister-in-law and my niece.  It had been around 5 years since I last saw them.  When I found out that Allie would be performing in Dallas for a dance competition I really wanted to find a way to get out there to see them.

I spent the afternoon watches dance teams compete, and I got to see my niece, Allie, dance.  There was some really great performances.  I felt like I was watching a live taping of America’s Got Talent.  Allie’s team did great in both of their categories, but nailed their jazz dance.  I really thought they had won that one, but I was still pretty excited when they came in second (they won in my book). 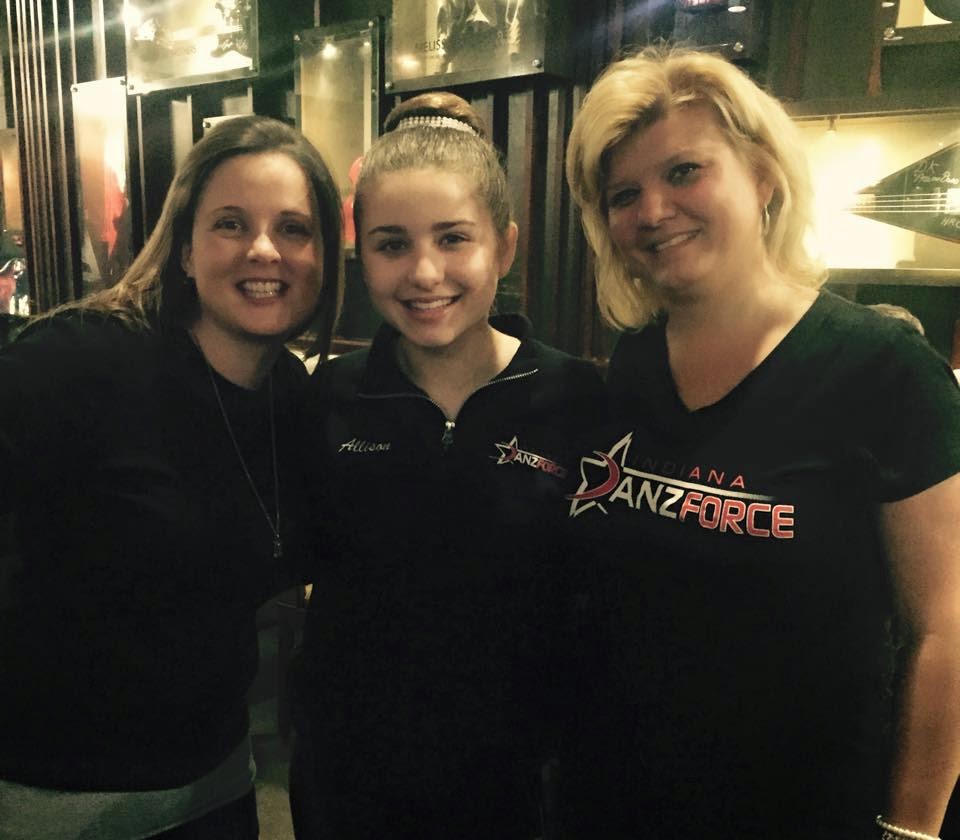 Between performances I was able to catch up with Jen, my SIL.  Since the first time I met Jen she and I just clicked.  She’s one of those people that I can always count on, and whether it’s been 5 days or 5 years, we can just pick up right where we left off.  After all of the performances were completed I stuck around and joined the team for dinner.  I was able to spend a little more time with Allie too.

I considered staying over since I knew Casey was in good hands at home, but if I stayed I would have had to get up really early to get back to Austin in time to return the car.  I am used to staying up when night nurses call out and my wall is 4-4:30.  As long as I left early enough to be home before 4 I knew I would be fine.  Around 11-11:30 I took Jen and Allie back to their hotel and hit the road back to Austin.  I got home around 1:30 and had a really easy drive back.

I know it will be a while before I take another day for myself, but I really had a great day visiting family yesterday.  The best part was that when I got home, Casey was sound asleep and looked great.  She had a good day.  She and Tim even got to play some guitar.  She loves to rock out with Daddy.

This morning I took the car back (again, thanks to a wonderful friend that was nice enough to pick me up) and now it’s back to my normal routine.  There was a nasty accident on the highway this morning that I totally would have gotten stuck in if I had driven back this morning too.  Casey has a few appointments this week.  I will try to do a medical update post sometime by the weekend.  Until then, we hope everyone has a great week and that the dance team has a safe trip back home to Indiana.