Casey’s lung seems to have opened back up after a round of antibiotics and some time on bipap.  She is still doing some crazy stuff and needing oxygen more than before, but we are not sure if it is really a sick thing or just her getting bigger and her body needing time to catch up.

We deal with the GI blood every few days, and it has oddly become a new normal routine for us.  Last week she had a little more and fresher than usual so we are going to get some labs and make sure that while her body was fighting the lung issues it did not fall behind in replenishing her blood cells.  We see her pulmonary doctor this week as well to talk about her lungs and breathing overall.  I’m not expecting many changes, but I will feel better if I can confirm we are doing all we can.  Casey has some ear issues that we are watching closely right now as well.  She has had a cholesteatoma for years now and it has been pretty stable.  Her most recent ENT appointment was the first time the doctor seemed a little concerned with the activity he saw.  We go back in a few weeks to get it checked again.  Hopefully it was just a fluke, but as she is growing so much things just keep changing.  Her head shape has changed some too.  One of our friends was over and we had her feel it since she is a doctor.  She said she sees it a lot in the older patients she treats that have brain injuries.  We will keep an eye on it for a while too.  It doesn’t seem to be causing any issues, it’s just a weird change in her head shape.  We refer to odd things like that as Caseyisms.  I told her doctors we need to find a way to get that added to the medical books as an official diagnosis.

Casey’s girl scout troop (or Daisy troop to be exact) started selling cookies on 1/21.  Casey sold some to her family, nurses, therapists, etc and she is going to try to get up to her doctors offices this week to sell to all of them.  Her doctors and their staff are all pretty excited that Casey is a girl scout.  I’m sure she will be able to sell quite a few boxes.

I am the cookie mom for our troop so that has been keeping me extra busy.  It’s not bad though, and it’s totally worth it since this is something that makes Casey happy. 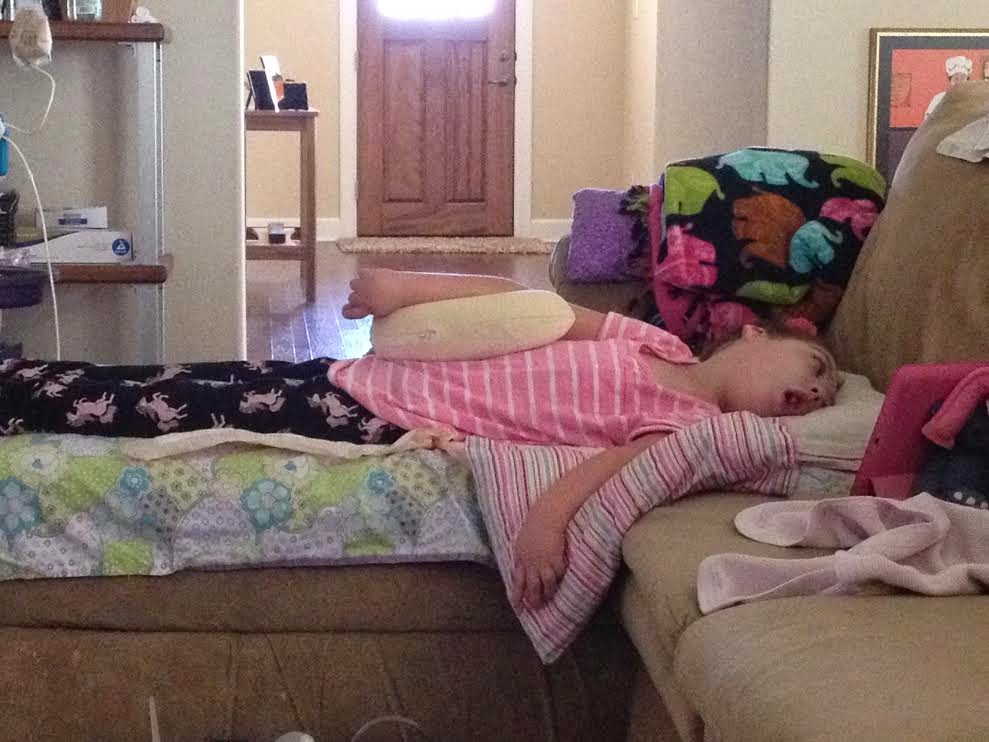 At dance last week it was a beautiful day and the girls were all being so silly.  Casey and Jenny were chatty as ever, and I think the warm weather just made everyone in a great mood.  Casey got some wild unicorn pants for Christmas that she wore that day.  We are calling them her fancy pants.  We are not sure if it was the fancy pants or the weather, but she had a blast at dance last week. 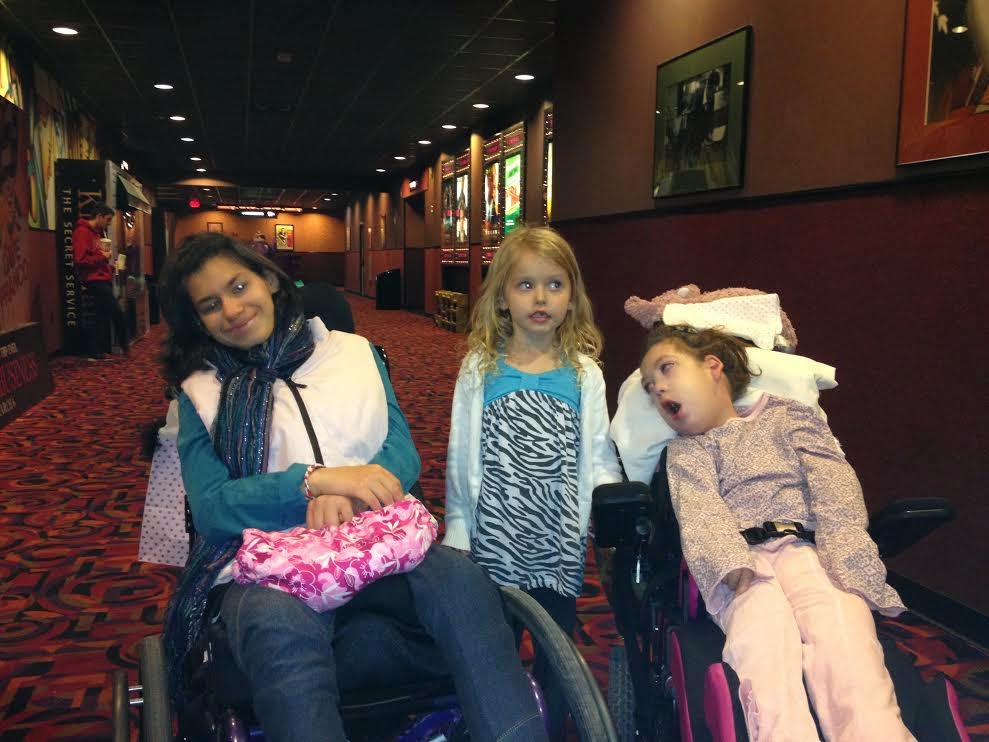 One of Casey’s friends from dance had a birthday a couple of weeks ago.  Casey went with the birthday girl and her sister to see Annie.  I have to admit, it was pretty cute.  The original is much better, but the new one wasn’t bad.  I had not planned on seeing it at all, but the birthday girl picked the movie.  Casey started out great, but had a little melt down in the middle.  We had to take her out to the lobby to calm her down, then instead of staying in her wheelchair she finished the movie on my lap.  She loves hanging out with her friends, and once she calmed back down it was a nice afternoon out of the house.

We hosted our monthly game night on Friday.  Casey slept all day then around 4 she woke up and was ready to play.  She yelled at us for a little bit because she thought she would wake up to a house full of her friends.  When she realized she still had to wait an hour she wasn’t happy.  All of her friends finally came over and she played so hard that she wore herself out before 8pm.  She doesn’t have a lot of energy lately, but she tries so hard.

Casey had a play-date on Sunday with a little girl that lives next door.  Her friend painted Casey’s fingernails and they made bracelets and had a tea party.  It was great fun.

Casey is getting ready for her dance recital and selling as many cookies as she can.  She has a birthday party this weekend that should be lots of fun too.  It’s about as girly as they come- right up Casey’s alley.  They are all going to a kids salon to get hair and nails done.  I am sure we will get some good pictures to post soon.  Until then, we hope everyone is doing well.  If you need to order cookies, let us know 🙂