Wednesday night after the nurse came in Tim and I both crashed into bed.  It felt like it had been such a long week, then we were reminded it was only Wednesday!!!  We have been going nonstop since our last post.  Some good, some not so good, some medical, really it has been some of everything over the past month.

The weekend before Easter the local accessible play ground, Play for All, had their annual special needs egg hunt.  We have been able to take Casey since the program started 3 years ago.  She really had a good time.  It is open to children with special needs and their siblings.  Casey takes her honorary little sister to help her collect her eggs.  I am not sure which one has more fun.  After the egg hunt we went for an early lunch and Casey had a great time.  She loves to go out to eat even though she doesn’t eat.  I guess she just likes the feel of a restaurant.

A few days after the egg hunt we met with anesthesia up at the hospital.  Palliative joined us so that we could all talk about our concerns with any procedure, but specifically the CT scan that she needed for her cholesteotoma.  We had sent a letter before hand (a very long one) that laid out our concerns.  I never know what to expect when we do this.  I HOPE that the specialist reads what I write before hand and puts some thought into my concerns.  There have been so many times in the hospital over the years that doctors have come in and not bothered to read Casey’s chart and notes at all.  Many times they come in and all they have read is her name so they refer to her as “him” or “our son”.  While we hoped that the letter had been read, we were ready to have to explain everything in detail and put up a huge fight to get them to work with us on the scan.  To our surprise things went very different.  Not only had they read the letter, but they had studied it, talked to other members of Casey’s medical team, and offered the ideal solution to us with out us having to fight for it at all.  They said they thought with Casey’s issues that it would be best for us to position her, for us to manage her airway, and for us to stay by her side the entire time.  That is EVERYTHING we asked for.  When we got on the elevator to go home after this meeting we were kind of speechless.  Casey’s nurse finally said “wow, that was almost too easy.”  We felt so much better about the scan after the meeting and agreed to set it up.

The Saturday before Easter Tim had to head to India for his annual work trip.  It is always hard when he is gone.  He is stressed and worried about Casey getting sick while he is gone, a nurse calling out and me not getting a break or sleep, etc.  And I am exhausted, even with the nurses covering all of their shifts, just having to be the only parent for a week.  Luckily, Casey did pretty good MOST of the time while he was gone.  We set up a full week of fun stuff to try to keep her busy so she would not freak out when she realized Daddy had not been around in a few days.

Monday we took Casey to a miniature horse farm that one of her friends told her about, Northwind Farm.  They have a special adaption program for kids with special needs.  For a monthly fee Casey is able to adapt one of the ponies and then she can go visit as often as she likes (or in our case as often as she is up for it).  She met all 12 of the ponies and picked the last one she met, Lil Red.  We have not been back yet, but hopefully we will make it out there this week sometime.   Tuesday was not a good day, but on Wednesday she had music.  She made great choices, she sang, Wednesday was a good day. On Thursday she got to talk to Daddy when he called as she was waking up, so that set her up for a pretty good day.  She did school and then some of her little friends came by that evening with dinner.  She always loves to see her friends. On Friday we took her to see ‘Home’.  She loved the movie.  She stayed awake the entire time, she was chatty at all the funny parts. She seemed to really enjoy the movie.  She was wiped out after and not able to make it to her Girl Scout meeting, but she recovered by early evening.

On Saturday she got to watch ponies on the big TV (the new season started Easter weekend).  Then my family came over for a visit.  She got to hang out with her Cappy, Grandpa John, Great Grandpa and aunts Megan & Molly.  She even got to have some chocolate cake (or at least the icing).  Cappy & Grandpa John stayed the night, but everyone else left that afternoon.  Casey’s cousin was running the Cap10K on Sunday morning so everyone had to get home for some sleep before the race.  He finished 2nd in his age group and 80th overall.  I think there was over 25K runners, so that’s kind of awesome.  Way to go, Riley.  After the race Cappy & Grandpa John came by to tell us about it, then the had to get back to Houston.  Casey and I just relaxed Sunday afternoon and then Daddy got home just before dinner.

Tim was pretty tired after traveling so he spent a little time with Casey then went to bed early.  Monday was her CT scan, so Tim took the day off in order to go with us, and recover from traveling some.  The scan itself went really well.  They were ready for us, they let us get her positioned, then her nurse and I stayed with her.  She was so brave.  When the tube started spinning and they moved her into is, she did get scared.  She cried a little.  Her nurse was on one side and I was on the other and we talked to her the entire time.  She got through it and then Daddy came in and picked her up to snuggle.  She was not happy about it at all.  The rest of Monday we just let her rest and watch movies on her iPad.

On Wednesday after school we took her to the ENT to have her ears checked and to review the scan results.  The scan showed that the cholesteotoma is not is a critical state.  We can continue as we have been with regular cleaning and monitoring.  That is the best outcome and what we were hoping to hear.  We will have to do another scan 6-12 months from now, but her doctor is happy to keep going as we have been.

Yesterday and this morning Casey has been having a hard time breathing.  She is on bipap right now and it looks like it is already helping.  We are planning on laying low over the next few days so she has a great birthday and a great birthday party next weekend.  Hopefully the weather cooperates as well.  Here are a few pictures from the egg hunt and the pony farm.  We will post more after her party.  Until then, we hope everyone is doing well. 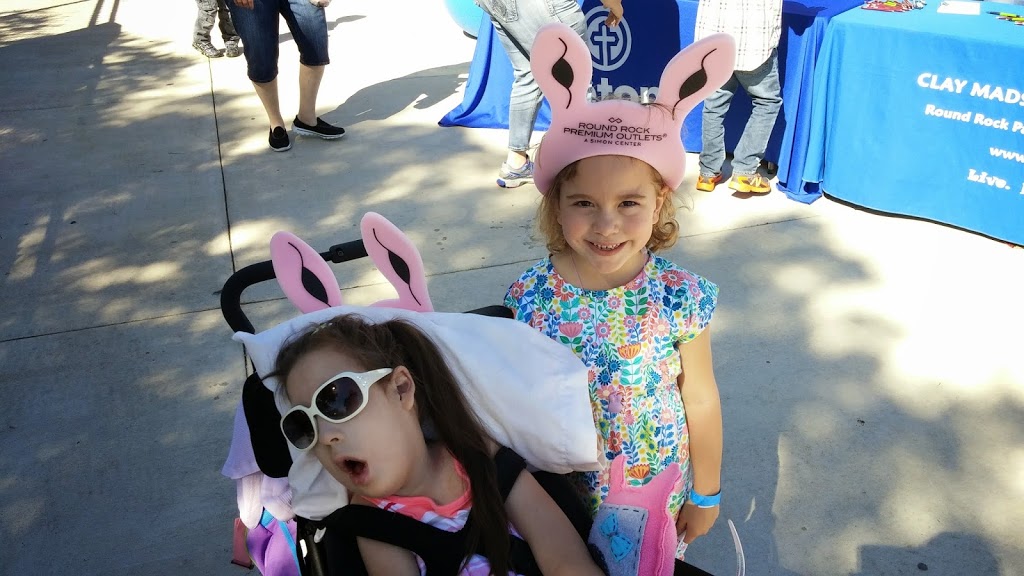 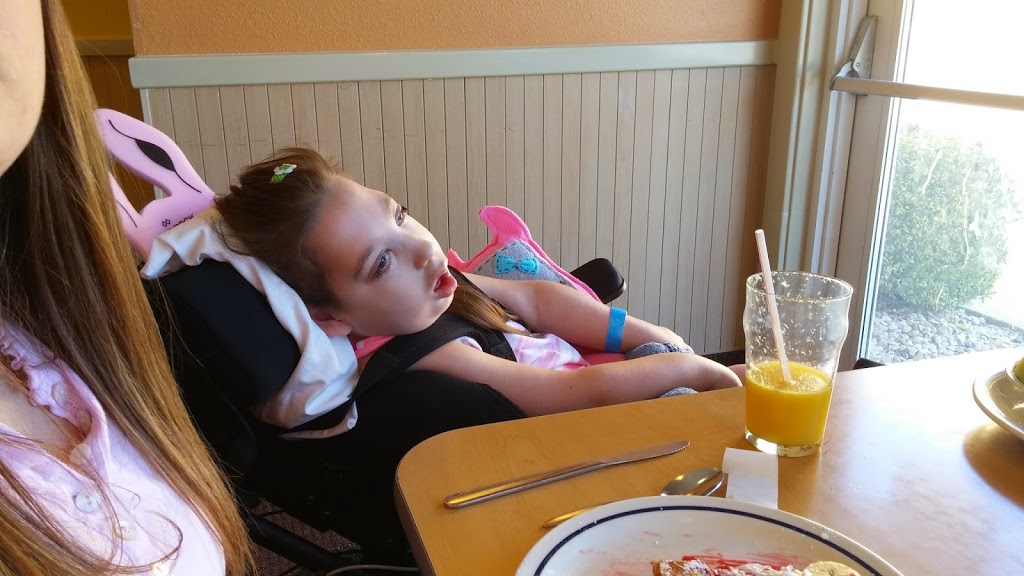 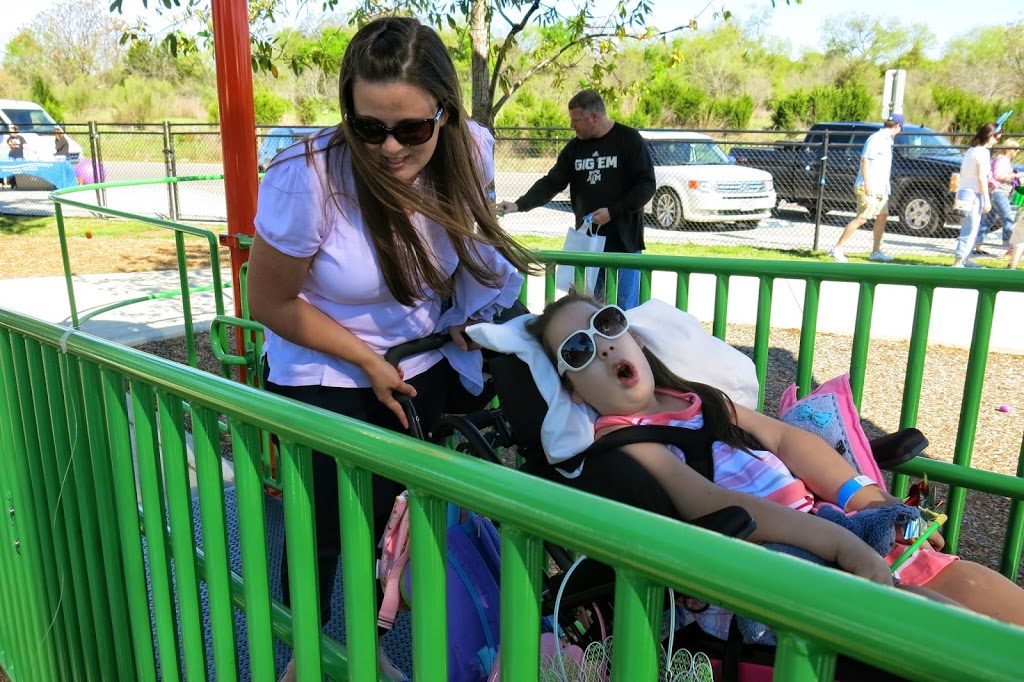 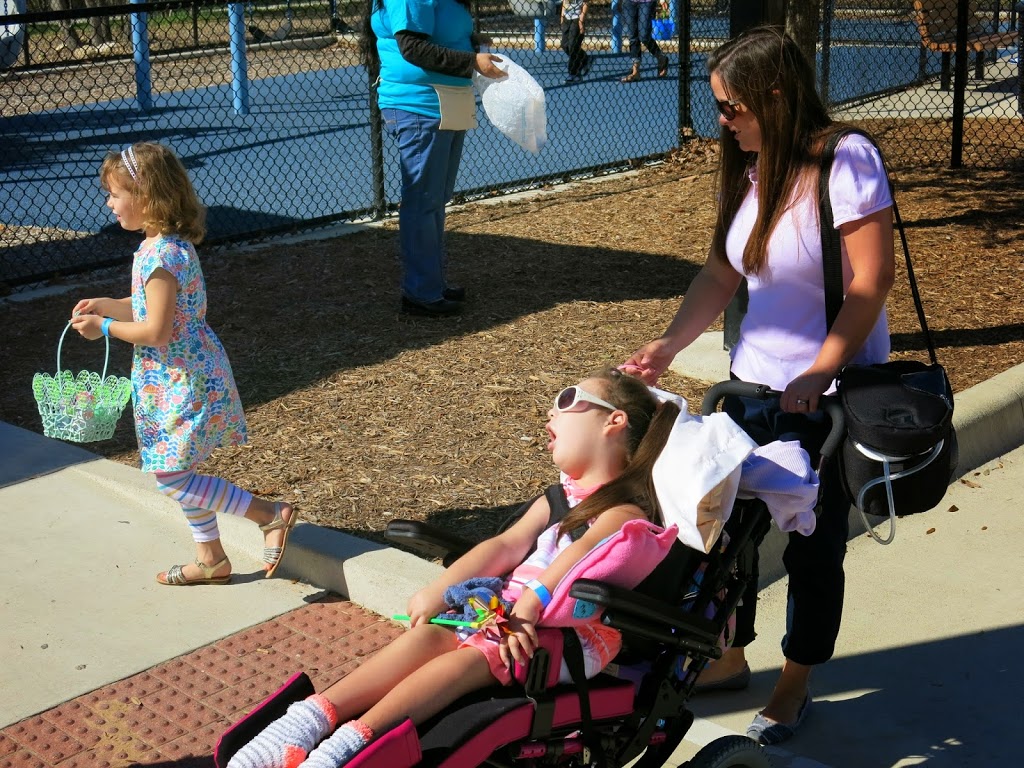 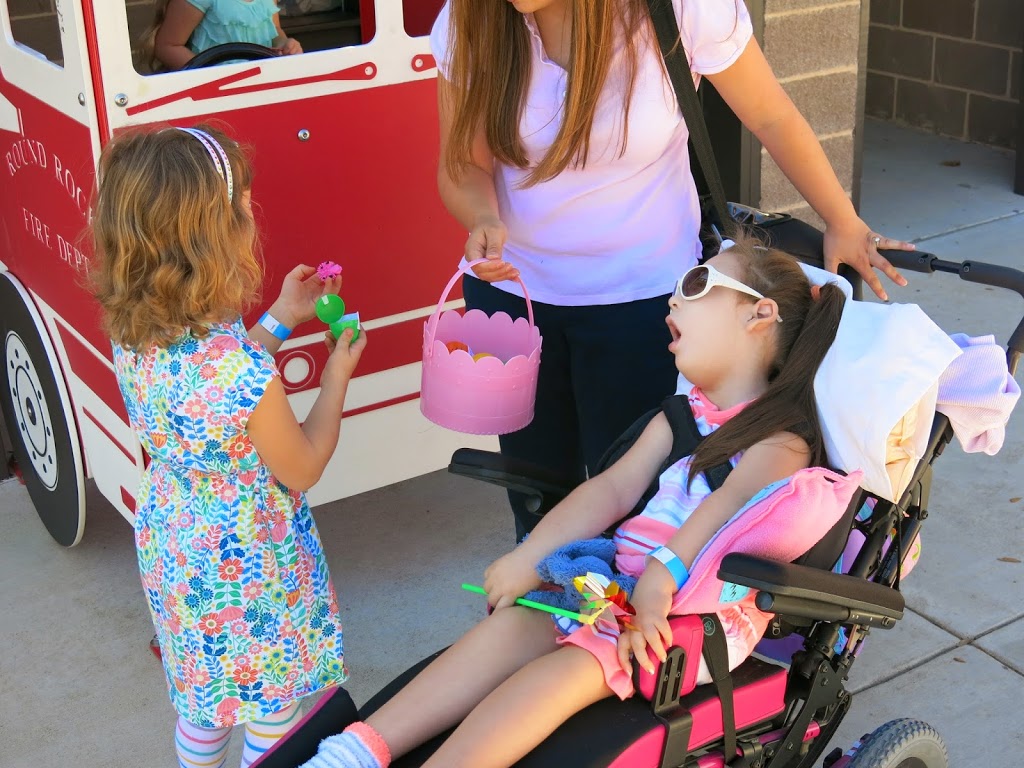 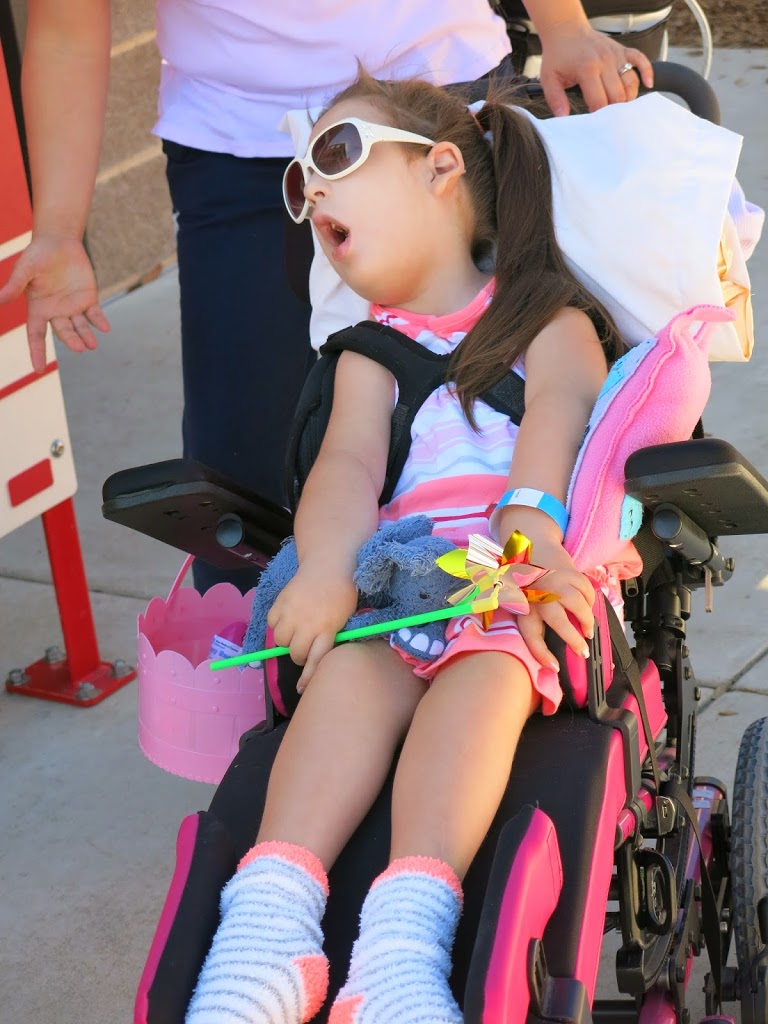 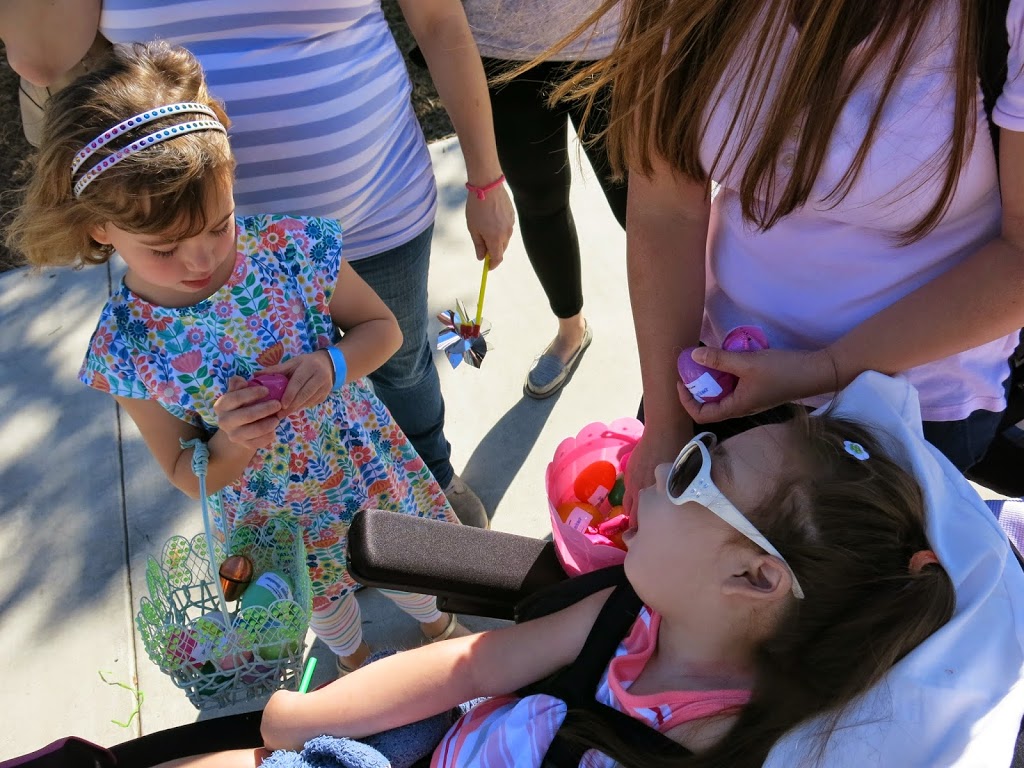 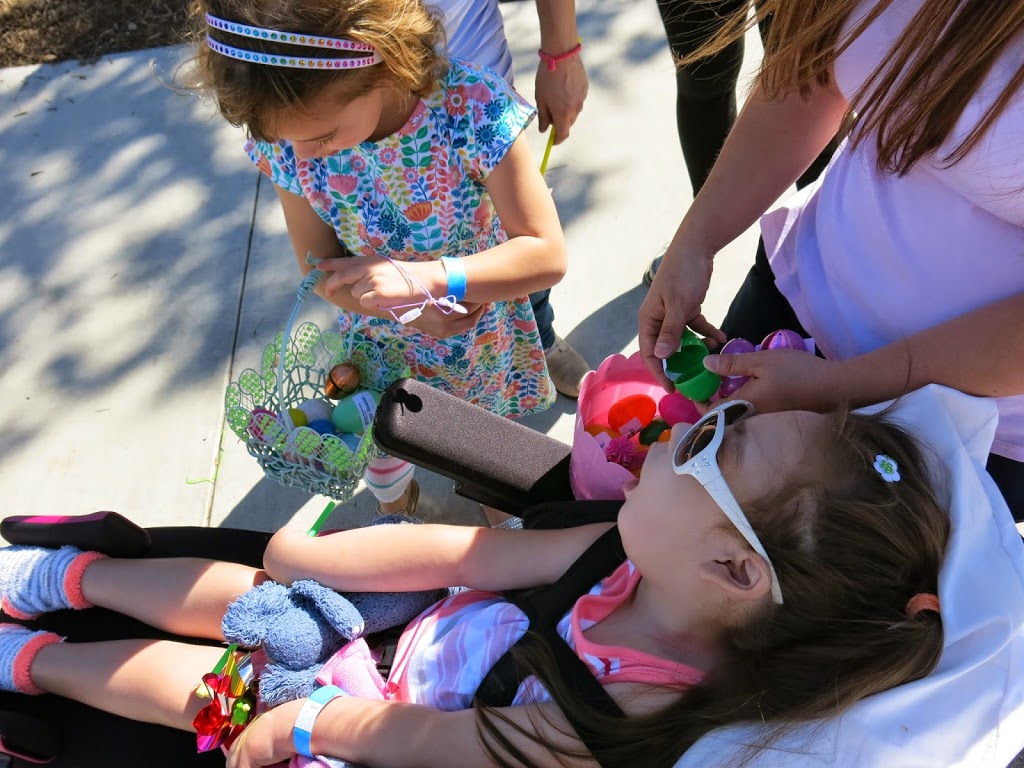 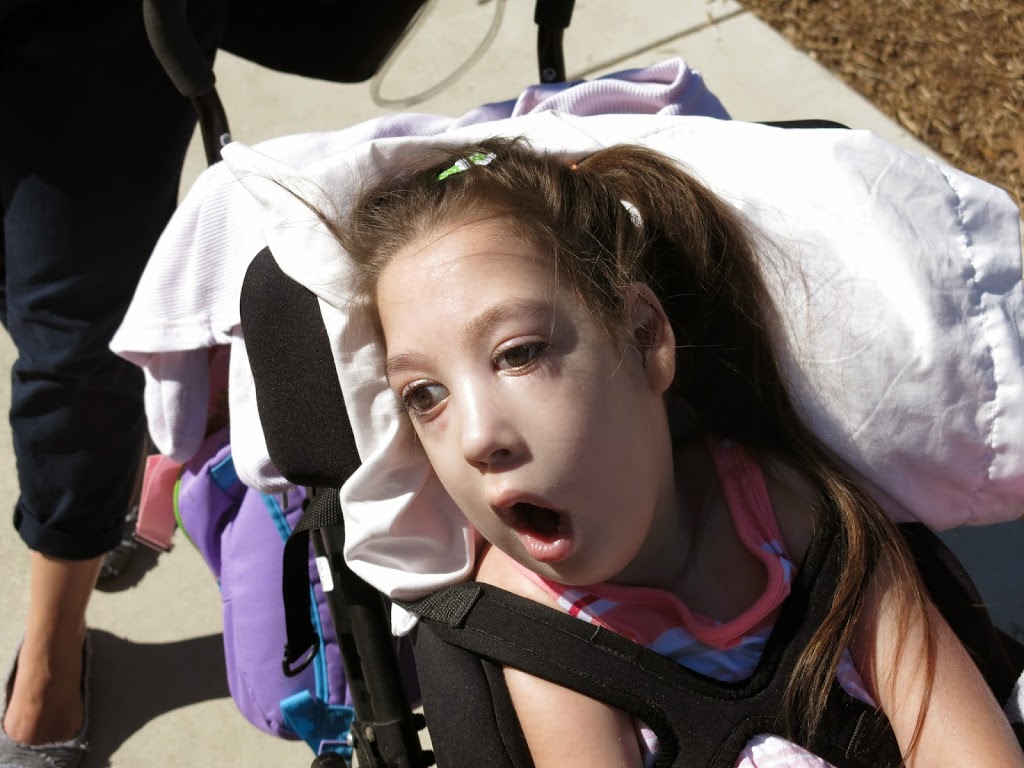 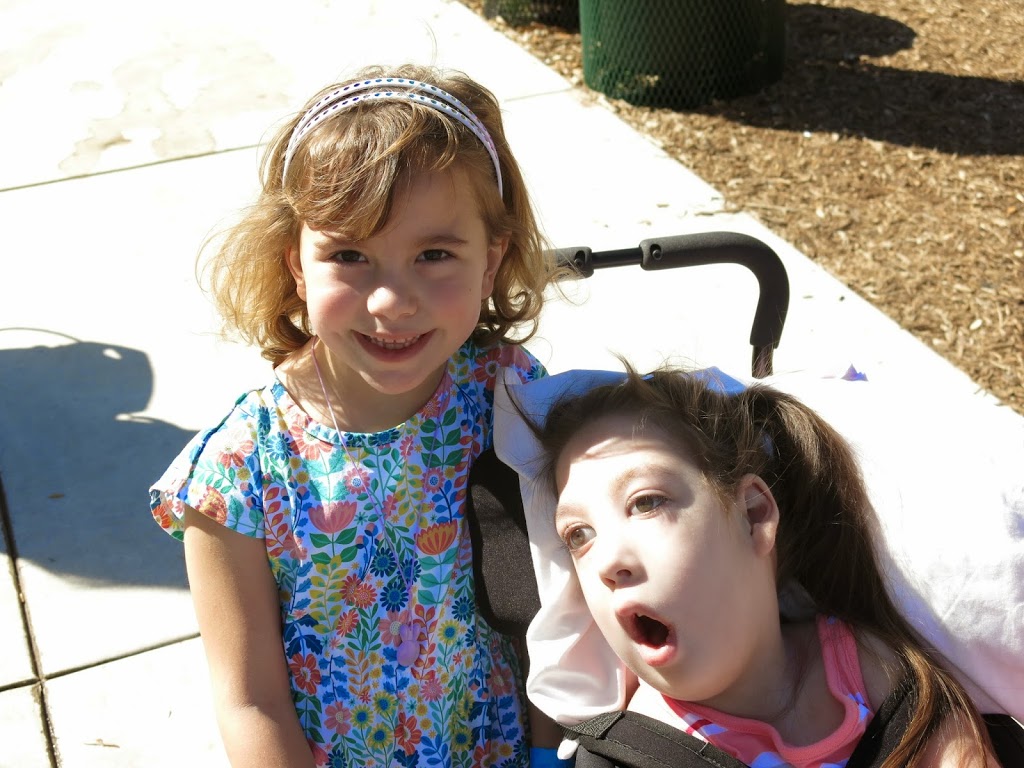 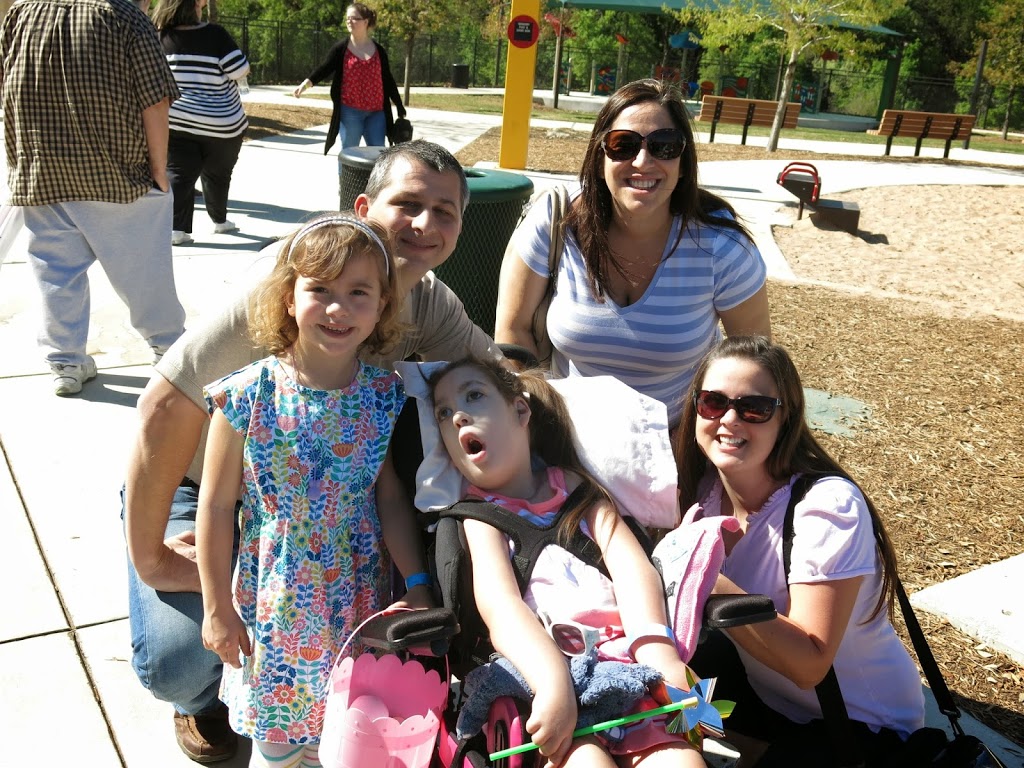 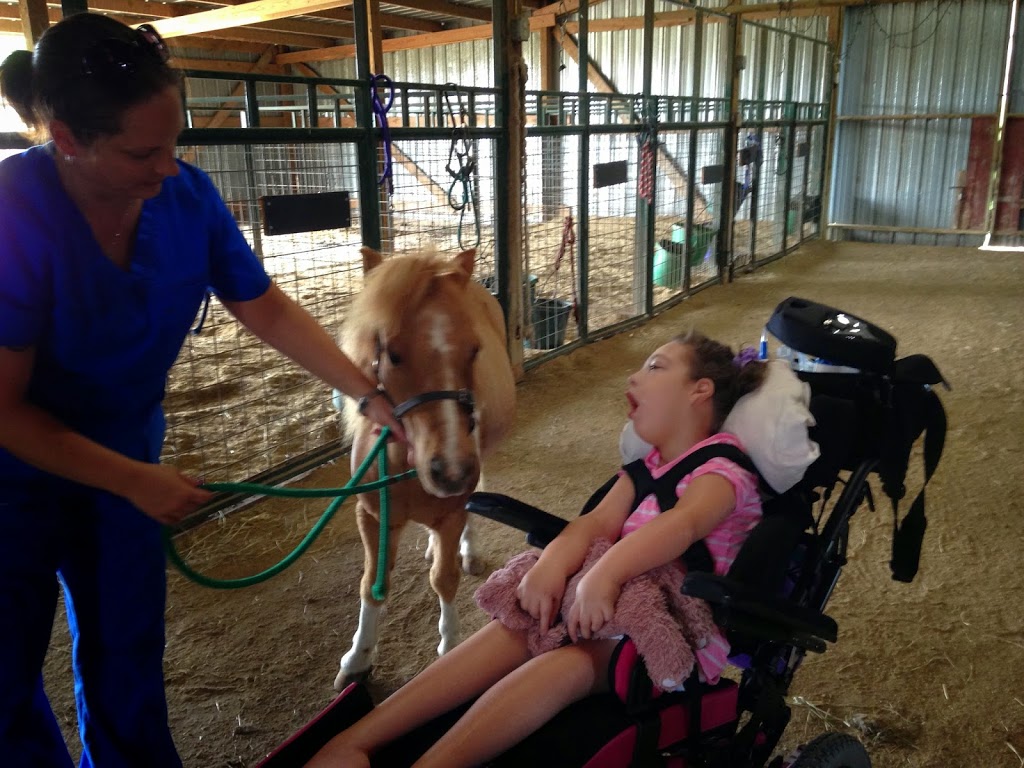 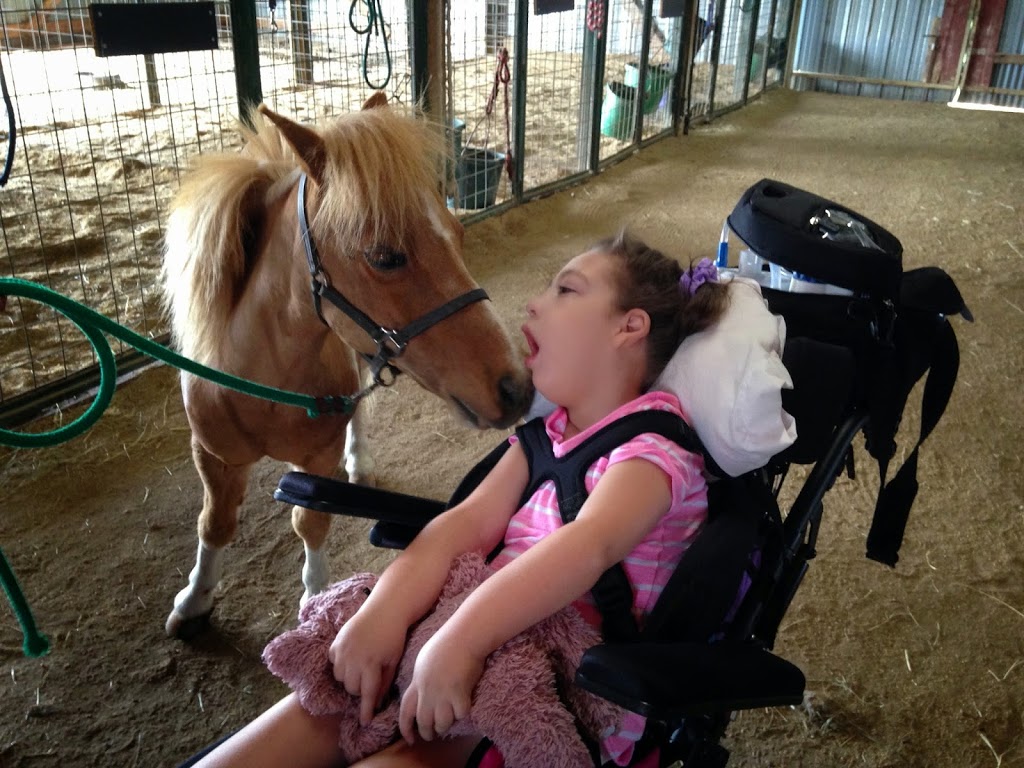 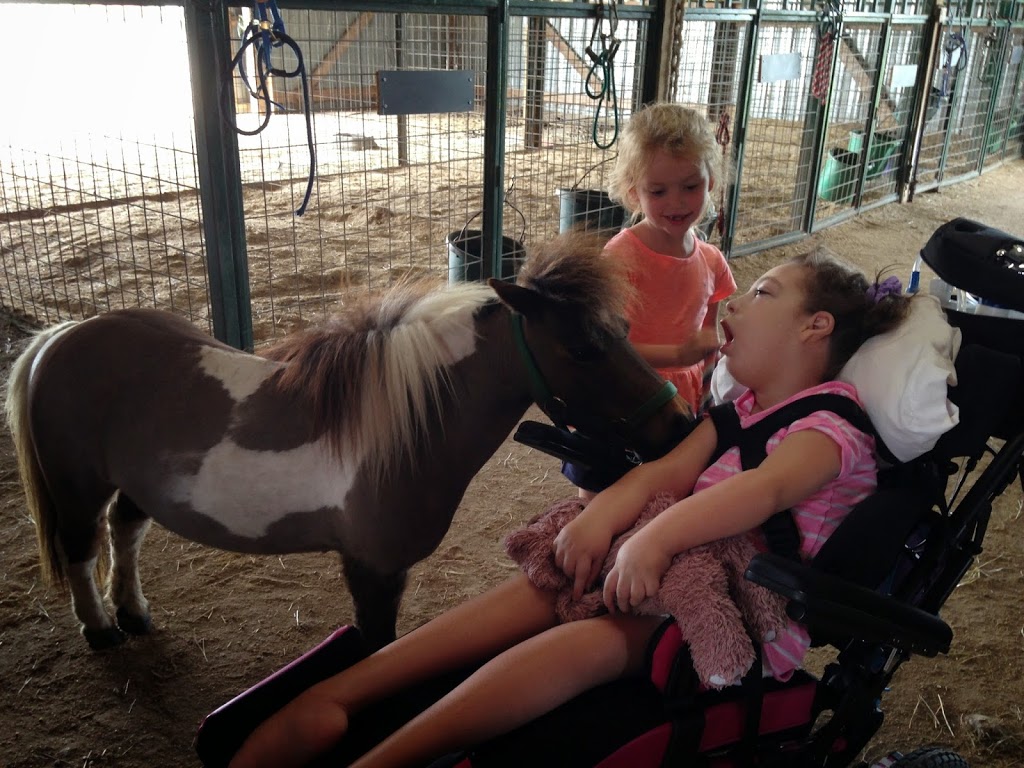 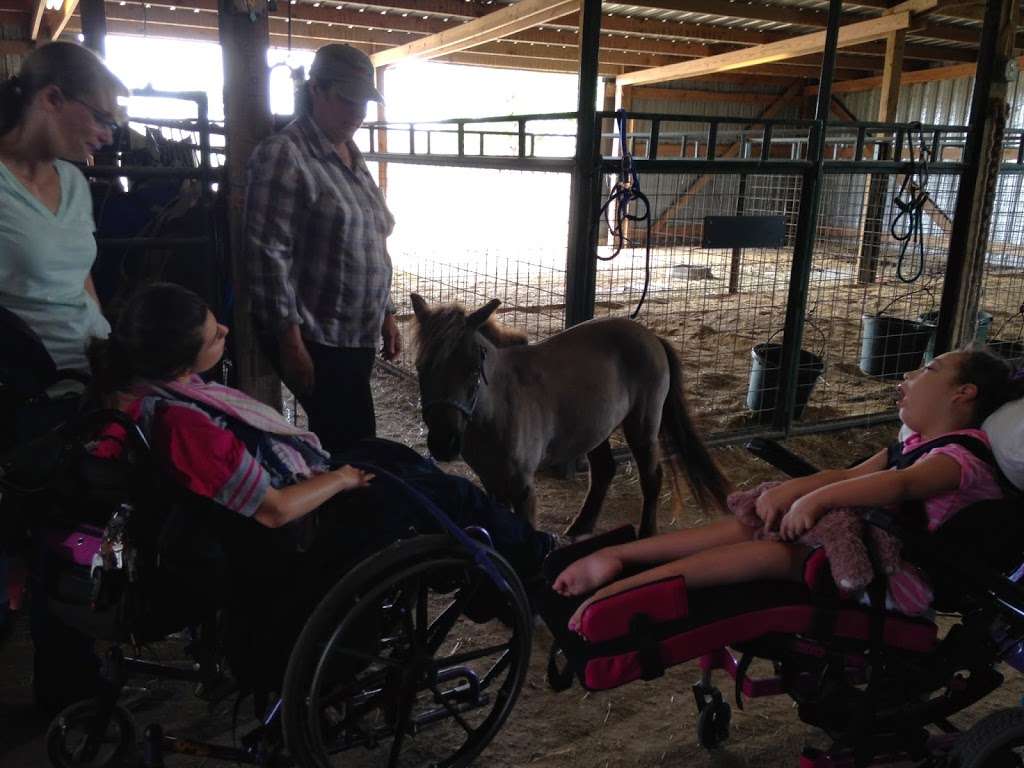 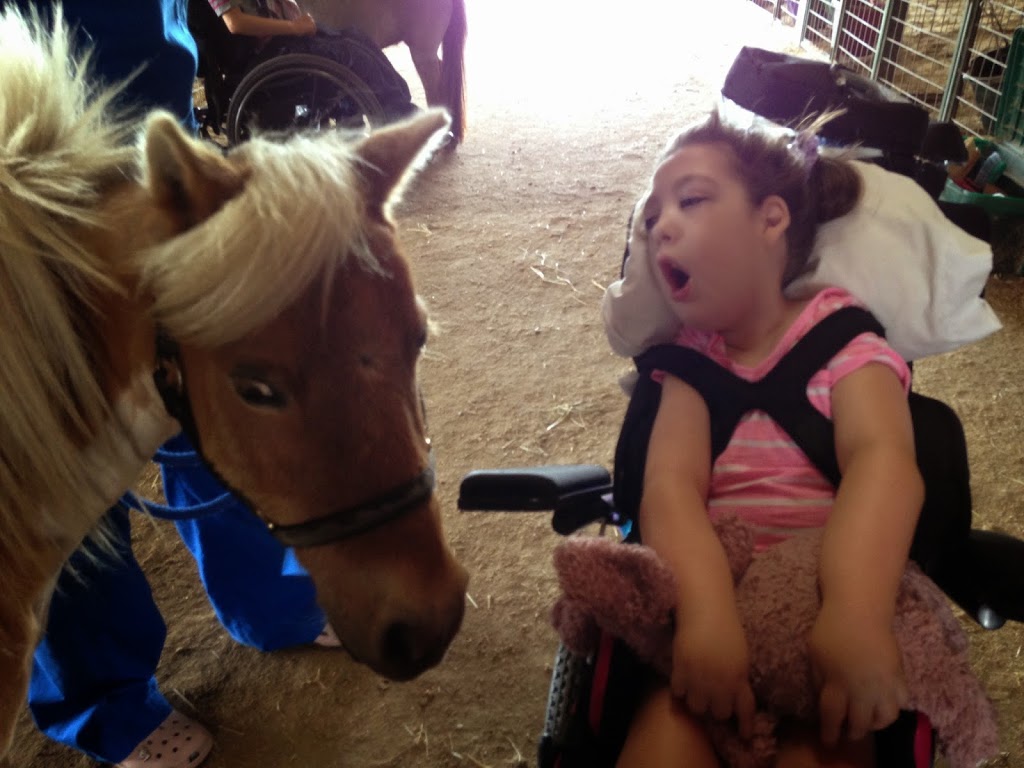